Alicia Durán, Research Professor of CSIC, is the new president of the International Commission on Glass (ICG)

The Council of the International Commission on Glass (ICG) has elected Alicia Durán as new president of the ICG for the period 2018-2021 in its meeting of 25th September in Yokohama.

The ICG is an association of scientists and technologists, research centres, universities and companies, which main objective is to promote and stimulate understanding and cooperation in the field of glass science and technology, as well as glass history and art.

Founded in 1933, the ICG has reached 85 years in 2018; currently has representation from 33 countries on four continents. Its activity focuses on various topics, including education, the promotion of young people, and a structure of 25 Technical Committees, which bring together more than 600 experts in all branches of glass science and technology, www.icglass.org
Spain participates in the ICG since its founding, forming part of the core promoter, together with the United Kingdom, Germany, Italy, Belgium, the United States and France. Since 1967 Spain is represented by the Spanish Society of Ceramics and Glass (SECV), and in particular by its Glass Section.

Alicia Durán is a PhD in Physics and Research Professor at CSIC, the Spanish Research Council. She has developed her entire professional career at the Institute of Ceramics and Glass (CSIC) being the leader of the GlaSS research group in the Department of Glass. She has also been Secretary of the Glass Section of the Spanish Ceramic and Glass Society for more than 25 years.

Her relationship with the ICG goes back to 1988, when she received the Gottardi Award dedicated to promote the young researcher in glasses. Then, she assumed the scientific secretariat of the 16th International Congress on Glass held in Madrid in 1992, and since then she has collaborated in different activities of this association. In particular, participating for more than 20 years in the Technical Committee 23 (TC23) of Education; she is part of the Editorial Committee having published several books on the history of the ICG, three editions of Making Glass Better, based on prospective studies of the sector, and in 2018 Teaching Glass Better, a textbook that gathers the experience of 10 years of the ICG Summer School in Montpellier.

In 2002, she was appointed as Honorary Treasurer, which involved moving the ICG headquarters to Madrid. She has continued in this position until 2015, when she was elected Vice-President, and now reaches the Presidency of the association. It is the first time that Spain accesses to this position in the 85 years of ICG, and she is the second woman to achieve it among the 25 presidents of the association.

The new President has established as main objectives the promotion of Education through the ICG Summer School, ICG Winter School, and a new ICG North America School; a constant support for the initiative of Young Scientists and Technologists, and the reinforcement and promotion of the activities of the Technical Committees, understood as the backbone of the ICG. As new objectives, the ICG2030 project appears as the tool to adapt the structure of the association to the new challenges of the world of glass, and a new initiative for the Promotion of Women in the field of glass and in the ICG. 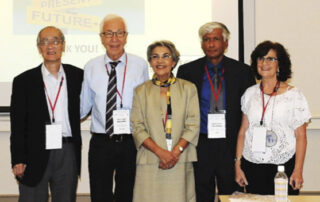 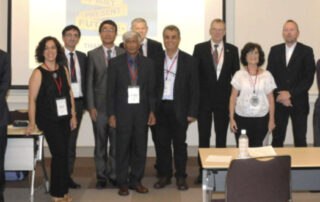 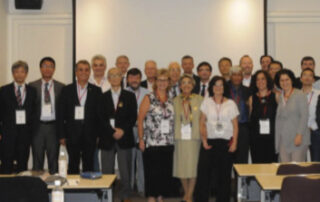