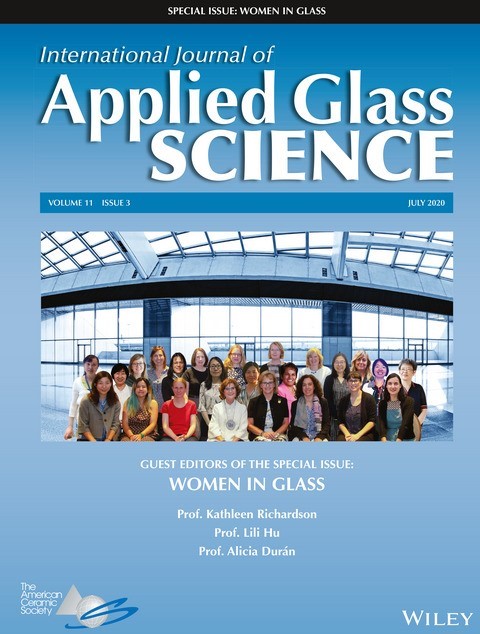 While the world is progressing towards gender equality and women’s empowerment under the Millennium Development Goals, discrimination continues to exist in the scientific world. As of March 8, 2020 there remains only one woman for every nine men in the elite of Western science. European and OECD women scientists occupy very few decision-making positions; their jobs are often evaluated more harshly; and, it is documented that they get less funding and fewer fellowships to investigate, while being paid salaries lower than those of their male colleagues at an equivalent educational and professional experience level.

A statistical review of the women in positions in higher education, research institutes and industry shows that, despite country-specific variations in systems and structures, the proportion of women in senior scientific and CEO positions is extremely small everywhere, further illuminating the gender segregation in the scientific field.

The glass world is not an exemption. Women are often near half of the attendants to seminars, meetings and conferences, but they only represent a low percentage of invited talks and keynotes. A similar picture appears in special issues of journals where men are often if not always, overrepresented at levels proportional to their weight and relevance in the field.

Our community, led by the International Commission on Glass (ICG) and in our project towards an International Year of Glass to be presented to the United Nations, aims to further focus on this issue. As a step in this long route, the International Journal of Applied Glass Science (IJAGS) has published the special issue WOMEN IN GLASS. The issue highlights a group of outstanding women researchers who are developing their careers in academia, government laboratories and industry in different countries and across a wide range of topics related to glass.

The issue includes 17 original articles with 53 authors coming from 12 different countries (including the US, Europe, Japan, Korea and China) contributed to this effort. Among the co-authors are PhD students, junior and senior researchers that give rise to a globally representative issue with 17 articles on topics that span basic science on glass structure and crystallization mechanisms, to atomic simulation of structure and properties of glasses. These authors report on many different cutting-edge applications of glass, ranging from sealing glasses and glass-ceramics to components for batteries, phosphate glasses, fibres or biomaterials, with an emphasis on glasses for optics and photonics. Some of the papers are individual but most are co-authored-articles written by women from different institutions and countries enabling increased networking, an essential tool to build and expand the stated goals of mainstreaming and equality.

The issue is now available online and the link allows accessing the complete Special Issue (Women in Glass special issue), with the possibility of consulting and downloading, the articles that will be free until the end of July 2020 for increased promotion.

To the best of our knowledge, this is the first time that a scientific journal in material science has dedicated a full issue to women researchers. We are thrilled to be the first and expect this is only the beginning of a new culture of integrating gender equality in the core of science world.

Educating companies and institutions in managing diversity, creating an engine for innovation and creativity, is the best route to a brighter future. Gender matters! Women are half of the world and must become half of the glass world. We hope we have laid the first brick towards this challenging but realizable goal.